Doma Avto show Hamann Motorsport, when boldness and speed are not an obstacle – interview 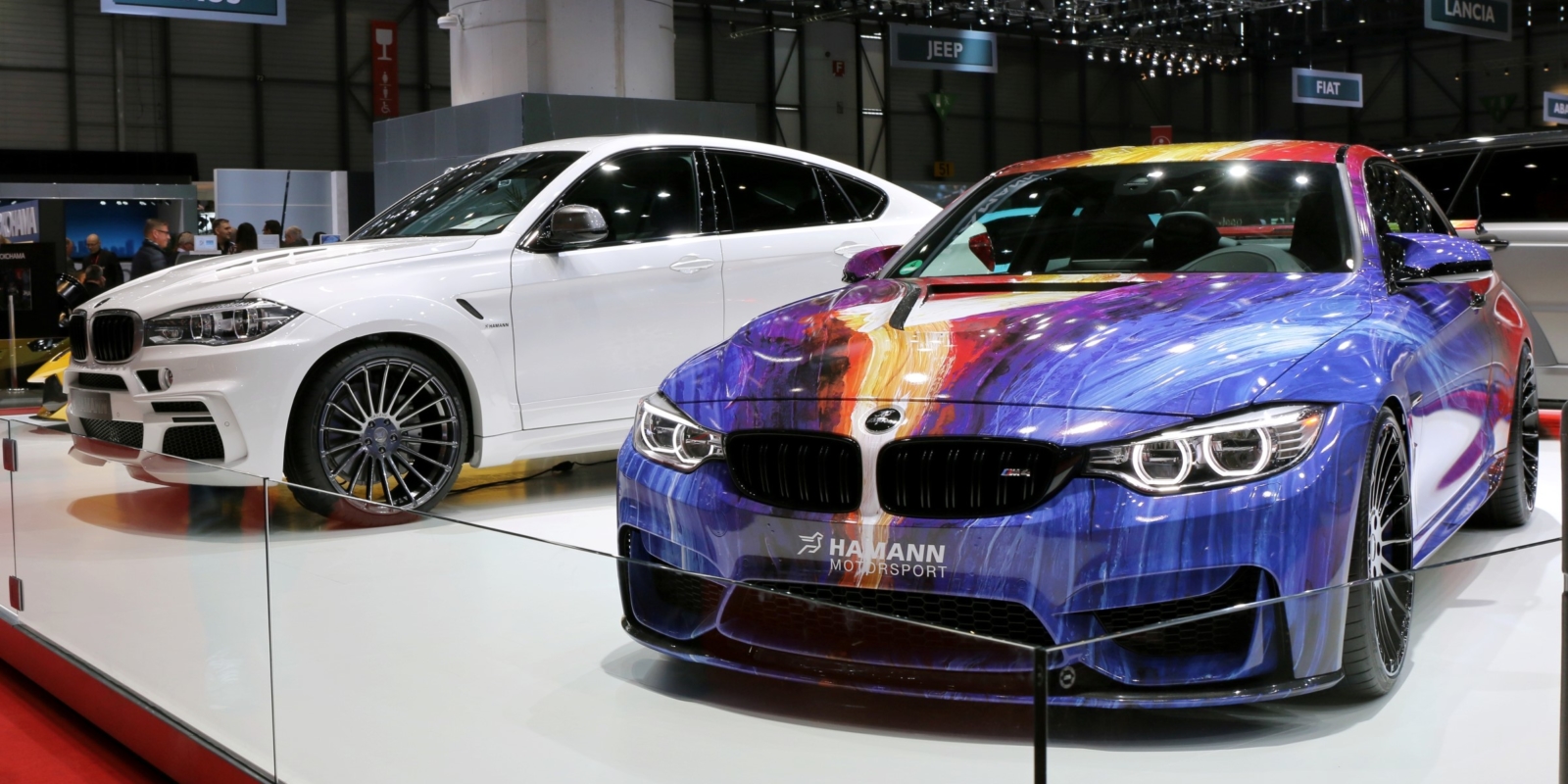 Delite na
Facebook
Twitter
Google+
Email
Print
Geneva Auto Show wasn't only an opportunity to talk with the BMW Group employees, but also a time to have a chat with one of the most famous tuning companies for the Bavarian brand.

Their empire has expanded from Germany to Dubai and Hong Kong. In Geneva they presented their BMW tuning with the M4 and X6. After a few words exchanged with the company, we got an invitation to visit their corner at the Geneva Motor Show. Even before arriving at the salon we knew which vehicles will be represented, so our enthusiasm grew bigger as we were getting closer to the event. Their group of cars extremely standed out from its neighbors, as they had two vehicles dressed in vivid colors, that just screamed for attention. We spoke a few words with Uli Schwarz, PR and head of sales at Hamann Motorsport. We found ourselves chatting between four unique tuned cars: Porsche Macan S, Lamborghini Aventador and two Bavarians: X6 M50D and F82 M4, which with its unusual coloration aroused by far the most attention.

The company from Laupheim is one of the best in the profession, so we were very honored that they took half an hour of time for us and extensively explained the company history and some interesting facts. We wanted to learn a lot, so we immediately started with the questions which Uli Schwarz kindly answered.

How do you test your cars, do you have your private track or do you visit other circuits?

We test or various circuits. Most commonly used is the Nürburgring, because it is the longest, but many of our test vehicles are also driven on public roads. We have customers who use the vehicle for driving on normal roads, but sometimes they also want to ride it on the track. It is always necessary to seek some kind of balance, we cannot only make a racing car, that cannot be used for everyday driving.

When driving on public roads, do you also try the racing capabilities?

We drive them quickly … (laughs).

And of course you also have the German “Autobahn”, right?

Yes we do. However, things have become more difficult because of increasing number of restrictions … another option are the mountain roads with lots of curves, on which we can test our cars. We also visit the Hockenheimring for example, but there we need stiffer suspension. We try to make the cars that the user can drive fast on any track, if you specialise on only one track, you need very specific equipment.

So your intention is to find a middle path, some kind of universal parts for your vehicle?

Yes, we try to find compromises, so the customers can enjoy all the possibilities of use.

Let’s go back in history for a moment. Your first tuned car was the E30 M3, which had much more power, and that was only with the addition of a turbocharger?

Yes, we added a turbine to the 4-cylinder and reached a top speed of 273 km/h. Then we built one car, which was the fastest M3 in the world with top speed 327 km/h on Hockenheim and this car was equiped with modified engine out of the 745i Turbo with 430 horsepower. In the following years, we have installed a variety of engines in the M3 models, so for example the E46 M3 received V8 engine, V10 from the M5 however, was found in the E92 M3.

What about the BMW M1 that was on the Touring competitions? What happened to the M1 and M3? Do you still have them?

We still own both vehicles and they will never be sold. Currently we have somewhat restored E30 M3, because he stood for many years and needs some care. Our current plan is to revive all generations M Coupe to the present M4, which is here before us. So we will have to see five generations of the M3s.

Are you maybe thinking of extending to other brands, perhaps some less luxurious ones? For example Japanese?

No, this is not in our plan. It all started with a BMW and then with Lamborghini and Ferrari. Our whole history is wrapped around these brands. Mr. Hamann has long ago bought a Ferrari F40 and did not keep it standard. After he tuned the car, customers had desires to customize the Testarossa, 355 and so on, so thats the way we got into Ferraris. Then we also tuned a customers Gallardo and therefore expanded to Lamborghini. We have also become strong on the SUV market: we modified G-Wagon, Porsche Cayenne and now the Macan. The program has already expanded enough.

So this is not an option?

Not even close, as we do not have enough time for all brands. Our division vehicles, consequently, uses high-quality products, specialization for certain brands only contributes to the quality. Of course, we are always looking at what our customers want. The market is changing and we follow it.

What type of customer usually comes to you? What age group?

From very young to very old. Of course, the cars are quite different from each other. Many young people are interested in, for example, modifying MINIs or even older models like E46 M3 for example. Then we have the customers who want to modify the latest models, and they want that immediately. Also, we had quite a few very young and the very wealthy customers. Last year for example an owner of Aventador came to us, who was just 18 years old and he got the vehicle from his father. In Dubai, you get alot of individuals who get very expensive cars, like SLR for example, from their parents… and this is normal to them.

Let’s focus on the F82 M4, which is before us. Why did you decide on this car wrap?

Years ago, we modified McLaren MP4 12C, which was made by a designer, his name is Timo Wuerz. For the Geneva Motor Show, we wanted to make something special, something different: an explosion of colors, so we decided to choose Mr. Wuerz again. Are these vehicles for sale?

They are the only vehicles to show our accessories and equipment. In the end they will probably find customers. However, currently we need them for our promotion. M4 will be presented at Top Marques in Monaco in mid-April. We also have another very similar M4, only that it is in gray. It is currently very popular on Facebook and is owned by our customer, who will attend Modball rally and this years Gumball3000.

Yes I saw the pictures of the Grey M4 and wrote an article about it. So you have a customer for which you have done this tuning?

Yes. And he will attend both rallys. The vehicle will also be shown in April in Monaco.

Why has he opted for the grey color? Gumball is known for outstanding colors of vehicles.

He wanted elegance. We would choose something completely different. A few years ago we made a white Ferrari F430, with yellow and inside completely yellow from the bathroom towels. We are always trying to do something crazy.

What do you think about hybrids and electric vehicles? There are more and more hybrid vehicles. How do you intend to deal with this? BMW also has alot of new projects: X5 and 3 Series hybrid, for example.

We are still concentrated on gasoline engines. All manufacturers are in some form working on hybrids and electric vehicles, but all the performance models still remain with petrol engines. There is a trend that tends for this cars to get more horsepower and better overall performance with turbochargers and so on.

What about the BMW i8?

This is an exceptional vehicle, but it is not the easiest to modify. The problem arises already in fuel consumption that is strictly controlled by the government. If we would start with such a project, we would completely change the vehicle.

That would be a possibility, because if you remember a few years ago, when Mr. Hamann was still competing, the Formula 1 cars were equipped with 1.6-liter four-cylinders that produced more than a thousand horsepower. So anything is possible. BMW will now come out with the M4 GTS, which is already planned, they made a Safety Car with water injection, also there was talk of four-wheel drive for the BMW M5. Therefore, you can see that they are not only thinking about the hybrids, but also in the direction of some very powerful vehicles.

You will probably continue in the direction, which is already a success, right? Where do you see the company ten or more years in the future?

Still we are trying to do something different. The Bavarian company has at its disposal some various options that are attractive to buyers. One example is the Performance program, but we want to offer customers a truly individual experience and try to be different.

Thank you very much for the answers and I wish you plenty of success in the future.

After the interview we exchanged some more words and mr. Schwarz kindly invited us to the event Top Marques Monaco in April to see their modified M4. In the beginning of summer will also have an opportunity to visit the company headquarters and check out their cars.

Now you are welcome to visit the gallery of the two Bavarians, which were exhibited in Geneva. 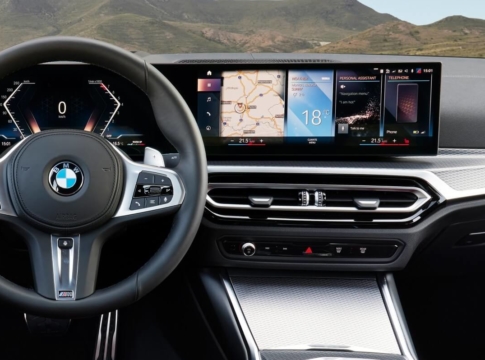 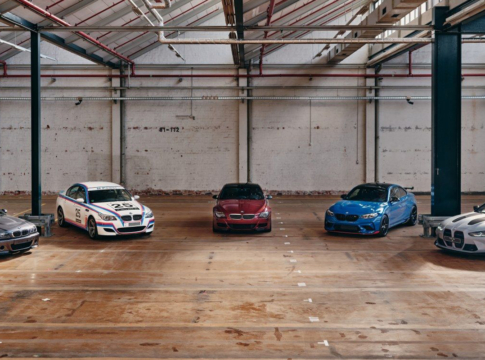 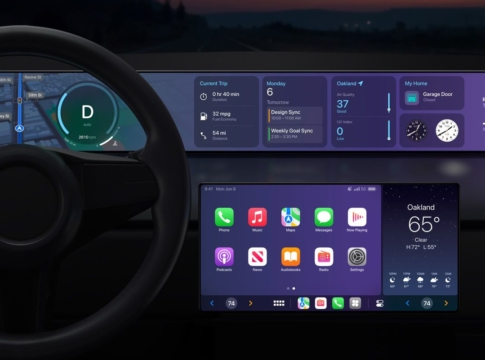 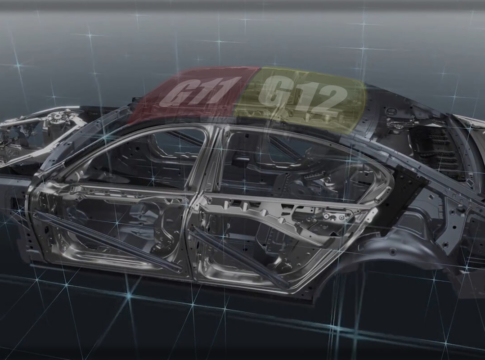 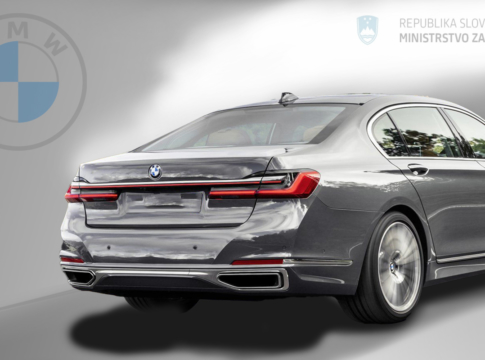 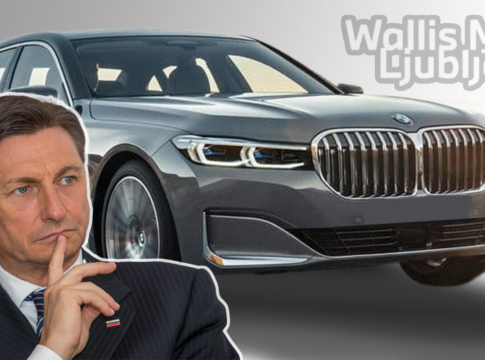 This error message is only visible to WordPress admins


Error: API requests are being delayed for this account. New posts will not be retrieved. 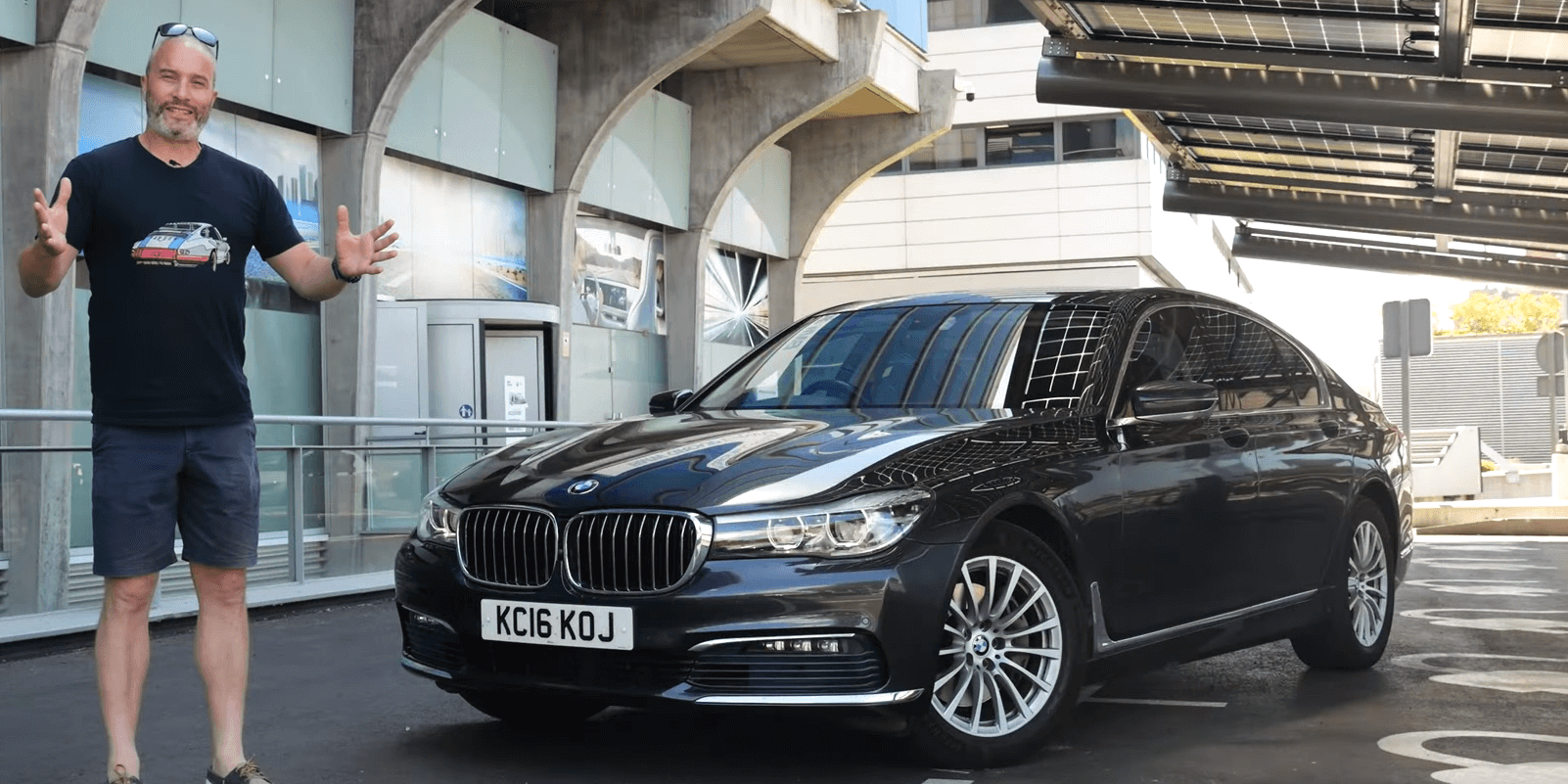 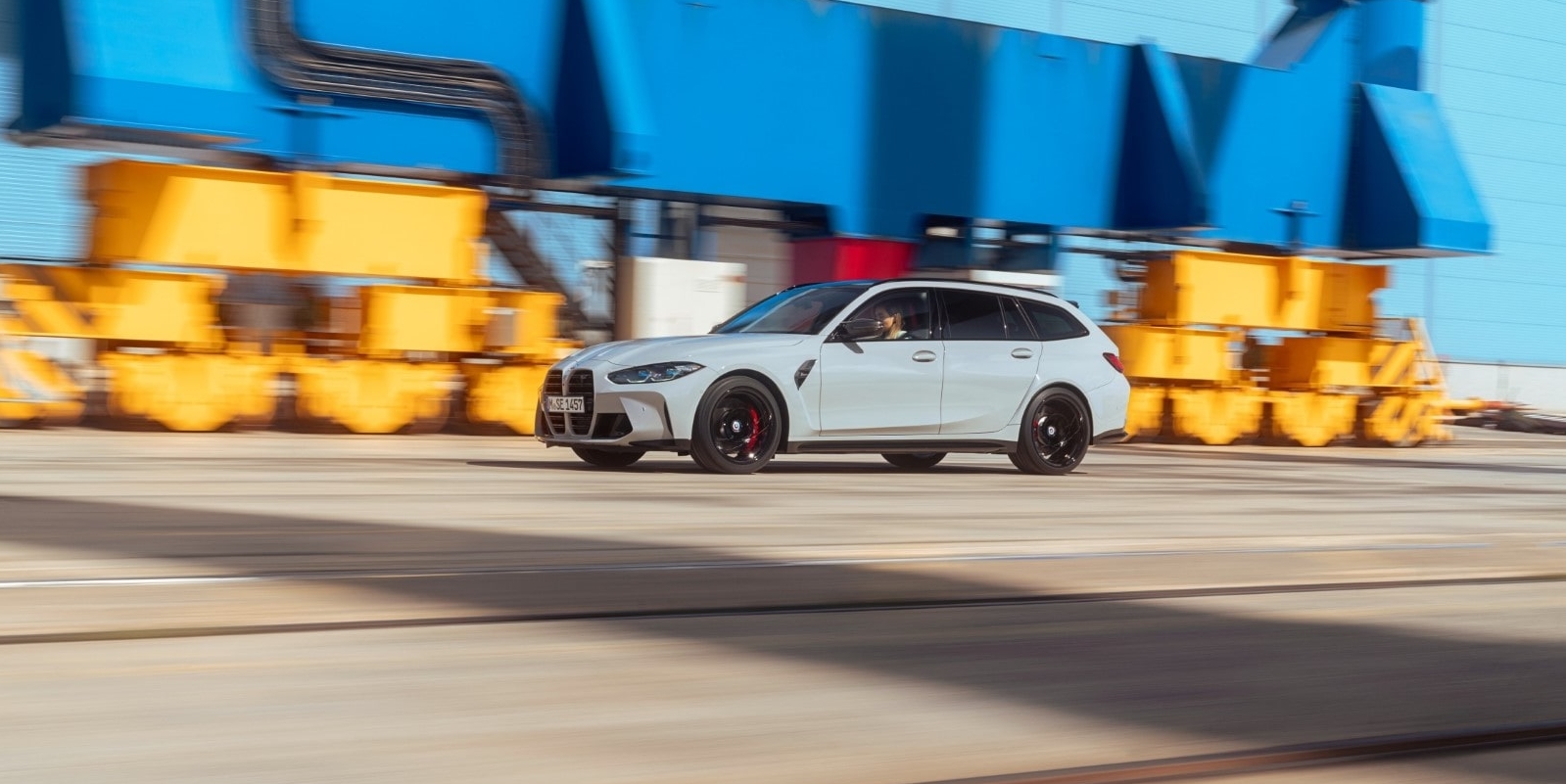